Rupee hits 50/dlr for first time in over 2 years

Mumbai: The Indian rupee tumbled by 34 paise to an almost 28-month low of Rs 49.82 per US dollar in early trade on the Interbank Foreign Exchange on Friday as the American currency firmed up against other major rivals overseas.
Forex dealers attributed the rupee's fall to a level last seen in May, 2009, to strong dollar demand from importers and some banks and dollar gains against other currencies.
They said the continued slide in the equity market also put pressure on the Indian rupee 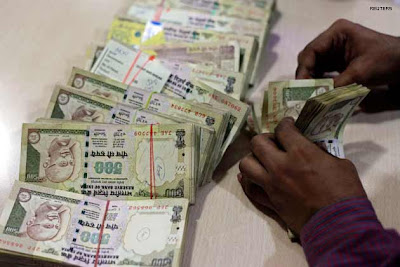 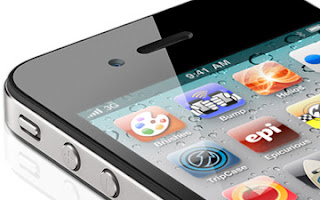 If true, the launch date of the next generation iPhone is consistent with the recent wave of rumors claiming it will be released in early October.

ATD‘s sources say that Cook will preside over the announcement — with the help of other key executives such as Phil Schiller, who participated in such events in the past — which would give this event even more significance. Cook must persuade the shareholders, the audience and Apple fans all over the world that he can sure-handedly take over the role of Apple CEO and company showman. And the expectations for that particular job are, simply put, enormous.

It is not known whether Steve Jobs, who resigned from the role of Apple CEO in August, will be present at the event.

The newest iPhone will reportedly be available in the few weeks following the announcements
Posted by vishal shah(v!$#) at 9:53 AM 0 comments

The cat is out of the bag that Facebook is going to launch something big at its developer conference f8 this week. We’ve heard about the social music services that could be debuting in a few days, but as the New York Times conveyed this past weekend, Facebook is planning for ways to surface personal content better. And we’ve heard from a source that Facebook will introduce new buttons on the wall that will begin introducing some granularity to the “Like” concept. We’re told these new buttons are “Read,” “Listened,” “Watched.” The network will also soon launch new social commerce buttons like “Want” following the introductions of the aforementioned buttons.
It’s important to qualify that this is from a source (and not from Facebook) but from what we hear, Facebook users will be able to click Read, Listened, Watched on content in their news feed. And soon, “Want” as well.
And it’s unclear what will happen to the Like button and how these new buttons will affect the Like button. And we don’t know what Facebook will do with this data, but there is so much the network could do with the data from these buttons. It seems pretty obvious that ad targeting would be a huge opportunity as well as the capability of delivering a more personalized experience for users. Not to mention that brands, retailers, entertainment companies and other businesses will be able to gain segmented data around the Like.
If all of this is starting to sound a bit like Facebook’s infamous Beacon project, it shouldn’t be too surprising — from what we’ve heard a key part of these new Facebook features is to provide Beacon-like functionality in terms of auto-populating News Feed stories based around intent and actions. But they’ll do so without the advertising and privacy ramifications. At least for now…
The introduction of these new, granular buttons would certainly add more depth to content surfaced by media sharing apps as well as from retailers, which is in line with previous reports of what’s being launched. We’ll keep you updated on what else we hear is in the pipeline for f8 (and we know what’s not being announced: Project Spartan).
Posted by vishal shah(v!$#) at 12:05 AM 0 comments 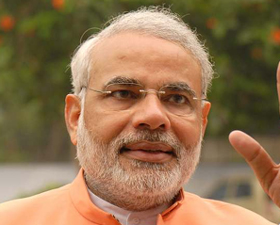 Washington: Identifying Gujarat as perhaps the best example of effective governance and impressive development in India, a Congressional report showered praise on the Chief Minister Narendra Modi and said that the state under him has become a key driver of national economic growth.

Gujarat, is followed by Bihar and its Chief Minister Nitish Kumar, for his governance and administrative skills, the latest report of the Congressional Research Service (CRS) on India said.

"Perhaps India's best example of effective governance and impressive development is found in Gujarat, where controversial Chief Minister Narendra Modi has streamlined economic processes, removing red tape and curtailing corruption in ways that have made the state a key driver of national economic growth," said the CRS report.

An independent and bipartisan wing of the US Congress, the CRS prepares periodic reports on issues of interest to the US lawmakers.

The 94-page report was released by the CRS for US lawmakers on September 1, a copy of which made public by the Federation of American Scientists.

"Seeking to overcome the taint of his alleged complicity in 2002 riots, Modi has overseen heavy investment in modern roads and power infrastructure, and annual growth of more than 11 per cent in recent years," the CRS said.

Gujarat, the CRS said, has attracted major international investors such as General Motors and Mitsubishi and with only five per cent of the country's population, the state now accounts for more than one-fifth of India's exports, it said.

The CRS mentions Bihar after Gujarat in good governance. "Another positive example in 2011 has been Bihar, one of India's poorest states, where Chief Minister Nitish Kumar has won national attention through his considerable success in emphasising good governance over caste-based politics.

"He is credited with restoring law and order across much of the state, as well as overseeing infrastructure and educational improvements of direct benefit to common citizens projects," the report said.

The examples set in by Chief Ministers Modi and Kumar may have inspired the popular leader of India's most populous state Uttar Pradesh.

"Chief Minister Mayawati, who is widely believed to maintain national political ambitions and was at the forefront of a nascent "Third Front" in 2009, has shifted her own focus much more toward infrastructure projects such as road-building and improving the state's poor energy grid," the report said.

The CRS also refers to the ongoing Telangana movement in Andhra Pradesh, and the new Trinamool-Congress rule in West Bengal.

Get your Choices now!